Canvas project the good the bad and the ugly!

I love all of the canvas projects I have been seeing on Pinterest. I wanted attempt to make one myself. There are several different ideas that I saw. I had a picture that I had taken of  my grandsons with their monkey hats that I wanted to make a canvas picture 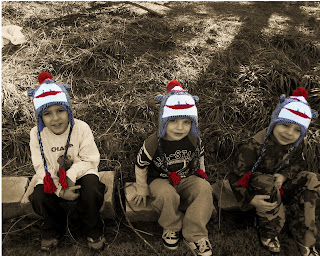 I used my scrapbook software to jazz it up a bit and I decided to try the one I saw on this blog:
http://abeautifulmess.typepad.com/my_weblog/2011/10/make-your-own-canvas-portrait.html
It did not quite turn out as well as hers turned out as you can see by my picture. I realized after I started doing the rub, that I did not put enough mod podge on it (which by the way, I made myself!) 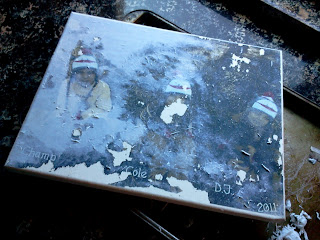 So I tried this idea that I found on this site:
http://blissfullyever-after.blogspot.com/2011/12/diy-photos-on-canvas.html 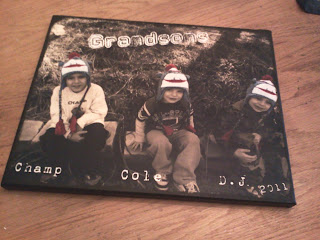 I love the way it turned out!